What is a Temperature Transducer?

The basic scheme of temperature transducers is given below in following steps
Sensing Element.

Example – In a Resistance Temperture Detector (RTD) the sensing element is the Platinum metal.

Desirable Conditions for Choosing the Sensing Element are as

Example- In the thermocouple the potential difference produced across the two terminal is being measured by voltmeter and magnitude of voltage produced after calibration gives idea of change in temperature.

In these the sensing element is in direct contact with the thermal source. They use the conduction for transfer of thermal energy.

The word thermistor can be termed as Thermal Resistor. So as the name indicates it is a device whose resistance changes with the change of the temperature. Due to there high sensitivity they are widely used for the measurements of the temperature.They are usually called the ideal temperature transducer. Thermistors are generally composed of mixture of metallic oxides. 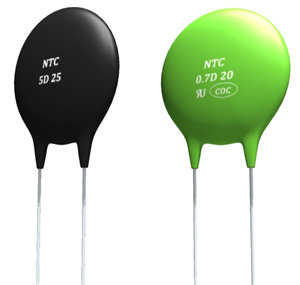 Another type of temperature transducer is the Resistance Temperature Detector or RTD. RTD’s are precision temperature sensors made from high-purity conducting metals such as platinum, copper or nickel wound into a coil and whose electrical resistance changes as change of temperature, similar to that of the thermistor. 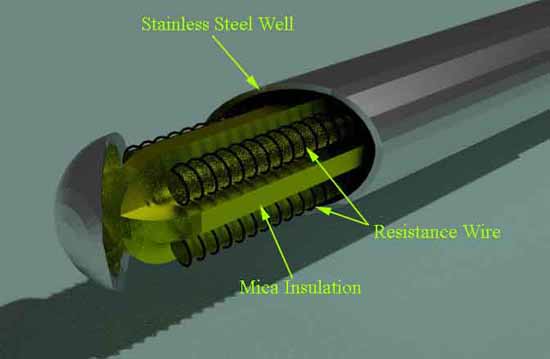 There resistance changes with following relation as,

Thermocouples are temperature transducers that are basically consists of two junctions of dissimilar metals, such as copper and constantan that are welded. One junction is kept at a constant temperature called the reference (Cold) junction, while the other the measuring (Hot) junction. When the two junctions are at different temperatures, a voltage is developed across the junction which is used to measure the temperature. 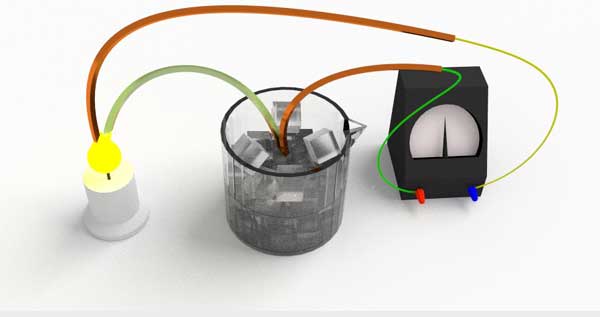 When the junctions of two metals such as copper and constantan are connected together the potential difference is produced is produced between them. The phenomenon is called the Seebeck effect as a temperature gradient is generated along the conducting wires producing an emf. Then the output voltage from a thermocouple is a function of the temperature changes.

A LM335 is an temperature sensitive zener diode, which reverse biased into its breakdown region when sensor senses any temperature changes and gives output as,