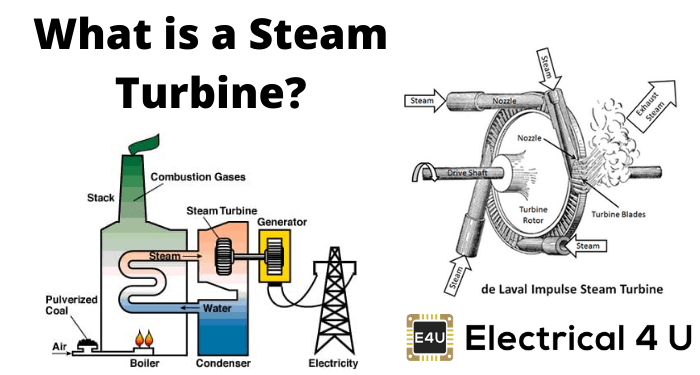 The advantages of a steam turbine over a diesel engine are as follows. The expansion of steam and changing of direction of momentum may happen once in a single stage or multiple times in various stages depending upon types of turbine.

When there is only one provision of expansion of steam in a turbine and the pressure of steam remains uniform throughout the process after it is expanded through the nozzles, the turbine is called single stage impulse turbine. In impulse turbine high-pressure, high-temperature steam coming out from nozzle head expands and forms a steam jet which directly strikes on the moving blades, causing rotation of the turbine rotor.

There is another type of turbine in which the steam is expanded throughout the process. Here, the expansion of steam takes place when it passes through the turbine blades. During expansion, the enthalpy of steam converts into kinetic energy and thereby the turbine rotor rotates with propeller action.

Normally a practical turbine has two important components nozzles and blades. The nozzle is a device fitted at the steam inlet of a turbine. The high-temperature, high-pressure steam with negligible kinetic energy gets expanded, losses pressure and hence gets sufficient kinetic energy to perform mechanical work with help of the nozzles.

The Blades of the turbines are also referred as deflectors. This is because the dynamics steam gets deflected when it strikes on the blades. The mechanical energy of expanding steam is extracted at turbine blades.