This state of the superconductor is also called Meissner state. An example of Meissner effect is shown in figure below. 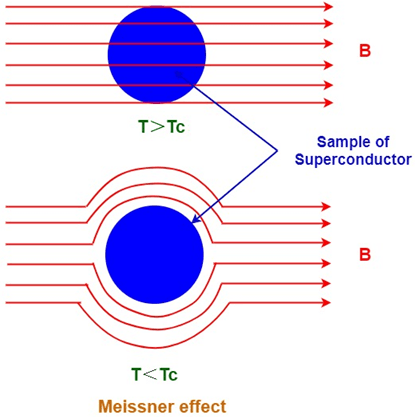 This Meissner state breaks when the magnetic field (either external or produced by current flowing superconductor itself) increases beyond a certain value and sample starts behaving like an ordinary conductor.