When there is sufficient difference between the air inside the conservator and the outside air, the oil level in two components of the oil seal changes until the lower oil level just reaches the rim of the inverted cup, the air then moves from high pressure compartment to the low pressure compartment of the oil seal. Both of these happen when the oil acts as core filter and removes the dust from the outside air. 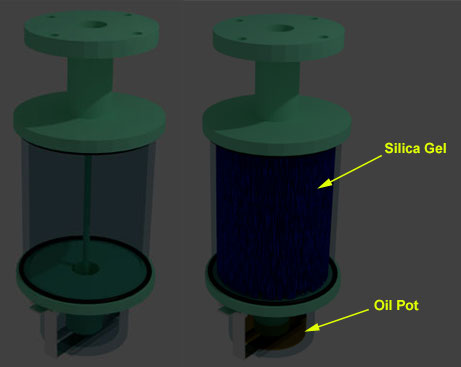